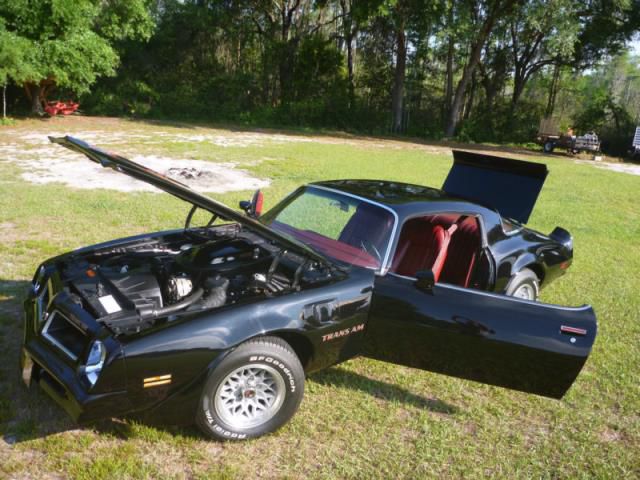 1976 Pontiac Trans am. Super solid southern car it's whole life. Car was restored in 2014 and driven very little since, I would guess less than 2K miles . The era coorect 400 motor was rebuilt along with the tranny. Complete stunning new  ruby red interior and the combination of the interior and black paint is just perfect.. Underside of car was blasted and cleaned up front end rebuilt nothing untouched and not painted to cover anything..dry and nice. Under the hood is detailed and looks new,trunk is complete and dry...spare, mat, tools etc.
My e-mail is : casalinoirvinglss@mynet.com