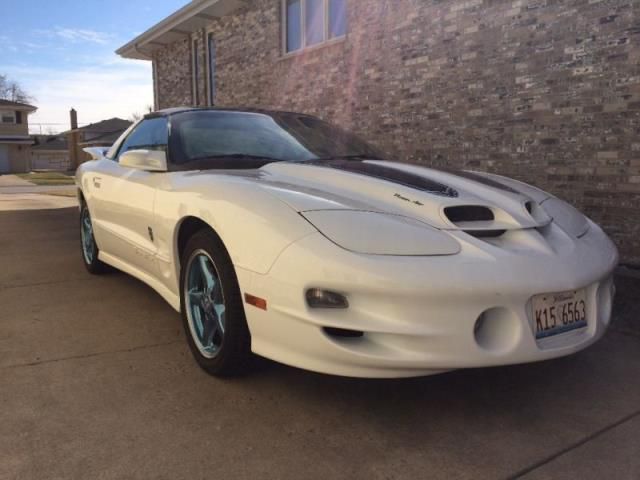 1999 30th Anniversary Edition Trans Am #0675, T-tops, Automatic. I am the 2nd owner of this beautiful vehicle. I purchased it in 2010 from the 1st owner who lived in Georgia, at that time the it had 16,895 miles on it when I trailered it home to Chicago. I put Hankook tires on it in 2010 due to the factory tires being dry rotted. I do not take it out much and it is up for sale after driving it maybe 15 miles in 2015. Never taken out in winter months and never driven in the rain. Cherished and looks amazing. Vehicle drives and sounds great. All factory and original except the battery and tires. I get so many amazing comments on this vehicle whenever I have taken it out because you really just do not see them much at all. At least not in the Chicagoland area.