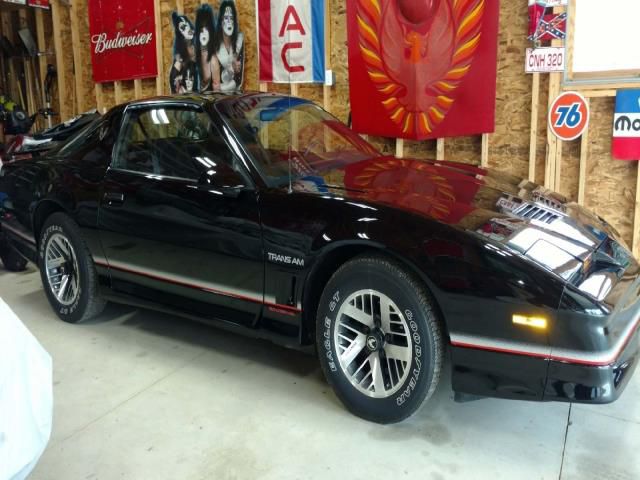 You Are Looking At A Very Low Mileage 1985 Pontiac Trans Am. The Car Is OriginalBlack Car With Near Perfect Black Cloth Interior. The Car Is Equipped With ItsOriginal Unmolested Stock 305 Ho Motor And Automatic Transmission, Also EquippedWith Ttops, Air Conditioning, Power Windows, Locks, Tilt Wheel, Rear Defog,Power Rear Hatch, After Market Radiothe Car Runs And Drives Like A Brand NewCar, And Has 22,050 Original Miles. The Ttops Are Near Perfect All Rubber IsExcellent Condition, Brakes Are Perfect, Glass Is Perfect, The Rims AreBeautiful, Tires Are Excellent Condition, Engine Compartment Super Clean WithOriginal Undercoating.the Car Is All Original Body And Paint. The UndercarriageIs Super Clean With Original Exhaust.this Is A Fantastic Example Of A Two OwnerUnmolested Car That Has Been Stored Climate Control Most Of Its Life With OnlyModification To The Radio.
No call please. e-Mail : LibertyOkimotoyqbz@yahoo.com