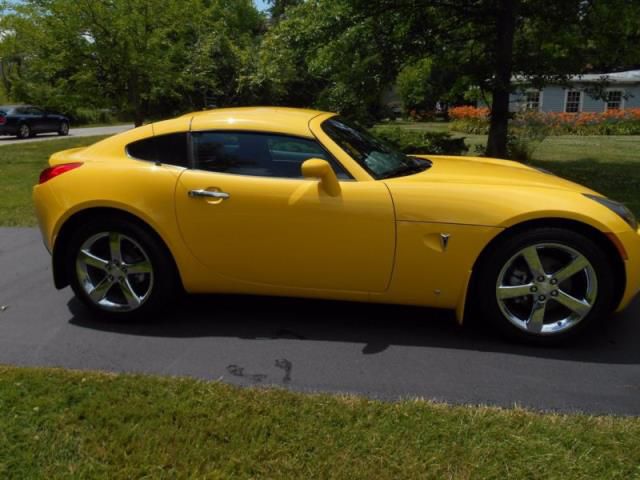 2009 Pontiac Solstice Coupe Mean Yellow. Second owner. Car has all the goodies. Car is in excellent condition with no issues. Runs and drives great. No accidents. This is the only Mean Yellow Coupe I have ever seen. There were 30 Mean Yellow Coupes made and only 15 being GXP Coupes. In this color this is truly a rare car. .
For further questions email me : unk2qeliadesemerson@gmail.com