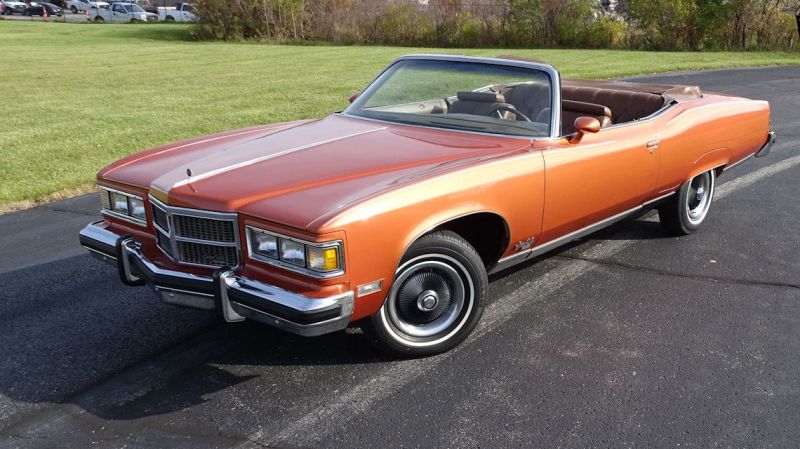 No call please. e-Mail : tenriadiber1982@gmx.net 1975 Pontiac Grandville Convertible. This incredible Drop top is looking sharp all covered in Bronze that stands out in any crowd. This 1975 Pontiac for sale was built during a period where the big three were competing to see who could build the biggest car as gas prices were not a concern. This 1975 Pontiac Grandville for sale has a ride that is even better than your living room and cruises easily at 70 MPH with the top down. The Bronze exterior matches well to the Brown Vinyl interior giving this rag top for sale a classic 1970 s look. Powering this 75 Grandville for sale is a 400 Cubic inch V8 which sends all the power to the rear tires through a 3 speed automatic transmission giving this car the power to cruise the back country roads or roar down the interstate at or above legal limits with ease. This old poncho wants to be driven, needs to be driven and should be driven, so if you are looking for a smooth riding classic convertible for family road trips or a group of pals on a bachelor party weekend in Vegas, then you have found the right car!