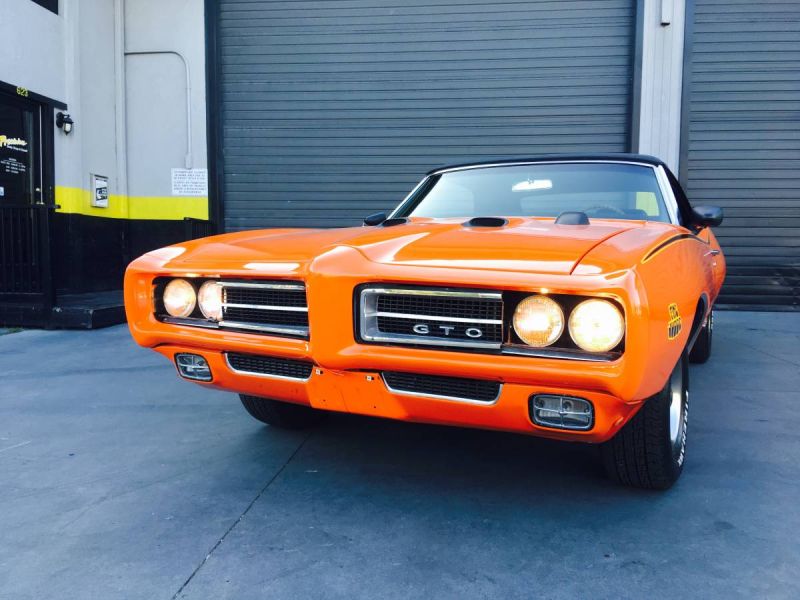 This 1969 Pontiac GTO convertible has been refinished as a Judge tribute in orange over black vinyl and is powered by a replacement 400ci V8 paired with a 4-speed manual transmission.