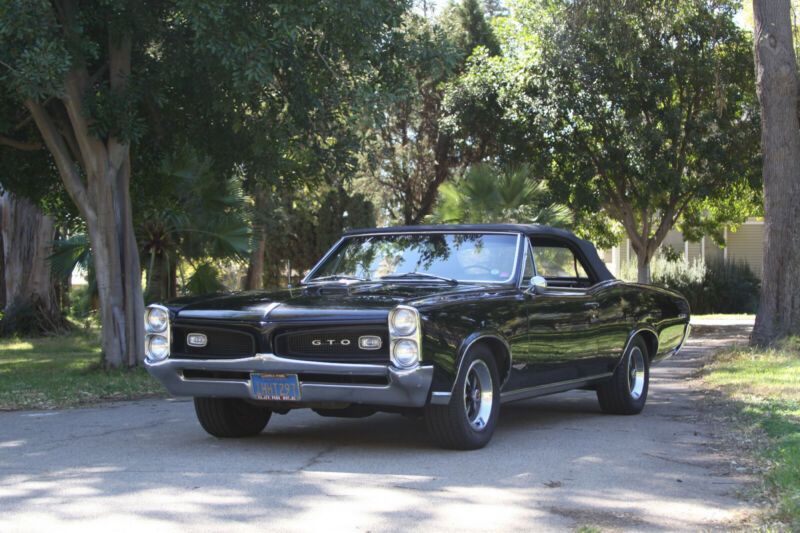 This is a real GTO optioned with the rare power convertible top, with a completely new top being installed just two years ago. It works
perfectly.

The car/engine/driveline was completely restored in 2006, and an aftermarket disc brake kit, KYB shocks, and
springs all around were fitted five years ago. Interior upholstery was restored two years ago. All lights, signals,
horn, and features work perfectly. This car is ready to go inside and out.

Also included in the sale is a full set of authentic GM Tri-Power carbs and manifold that can be fitted if you
desire. The GTO is plenty fast without them, and is a real screamer when they are installed.

The car runs and drives, and is currently registered in CA with original blue plates.