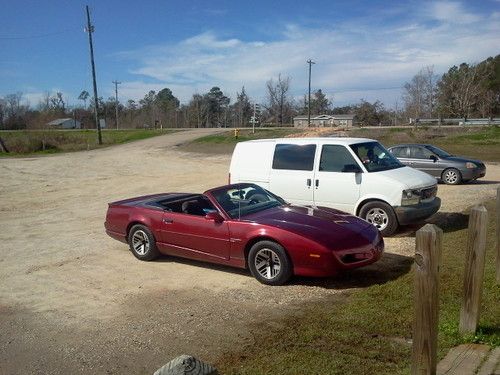 Condition: UsedA vehicle is considered used if it has been registered and issued a title. Used vehicles have had at least one previous owner. The condition of the exterior, interior and engine can vary depending on the vehicle's history. See the seller's listing for full details and description of any imperfections.Seller Notes:"needs paint on back trunk, a dent in drivers side behind tire someone just hit and ran on me can be pulled out easy. a little crack on dash, wheel bearings have just been packed. one fuse is out because cant get the overhead mirror light to go off and it drains the battery. the 84000 miles I dont know how many on the new motor odometer is not hooked up. No check engine light. oil change every 3000 miles have all records that I have put on."