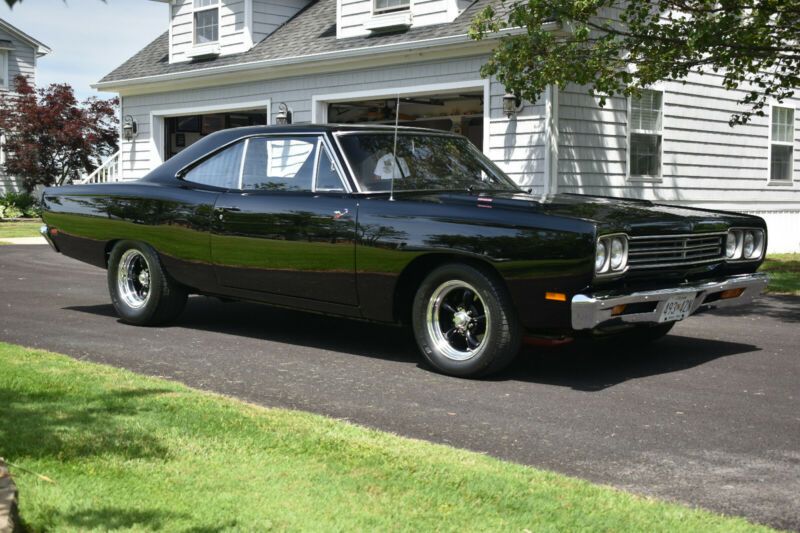 Triple black 1969, 383 Plymouth Road Runner which was rotisserie restored approximately 8 years and The body panels and floors appear to be original to the car, but the engine is not. The Black paint shows the body to be ‘laser’ straight. No bubbling or rust.

From the information of the build, the engine is a 1965 ‘383 B’ code block. It was treated to a number of
upgrades and modifications which are listed below. Backing the 383 is a TCI Street Fighter 727 Torque Flight
3-speed automatic transmission which has been rebuilt with a 2500 stall convertor and shifted by a B&M Pro Rachet
Shifter.

2-stage urethane black both on the body, door jams, and undercarriage. Like a mirror

Glass is in excellent condition

Wipers are included. Removed for show