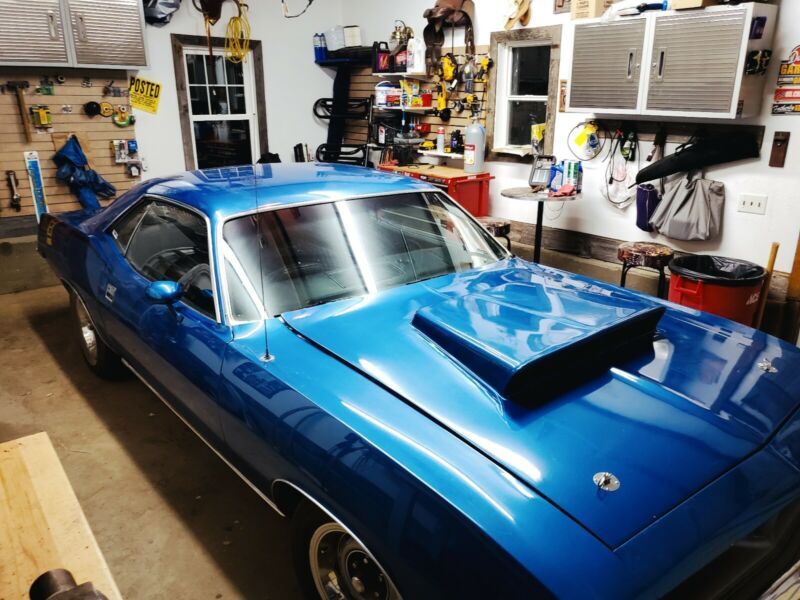 This 1974 Plymouth Barracuda is a modified vehicle with updates to the drivetrain.

The 572 Hemi was ordered in at VW motors a Dodge Dealership and was built by a place who builds Nascar Engines out
of North Carolina.