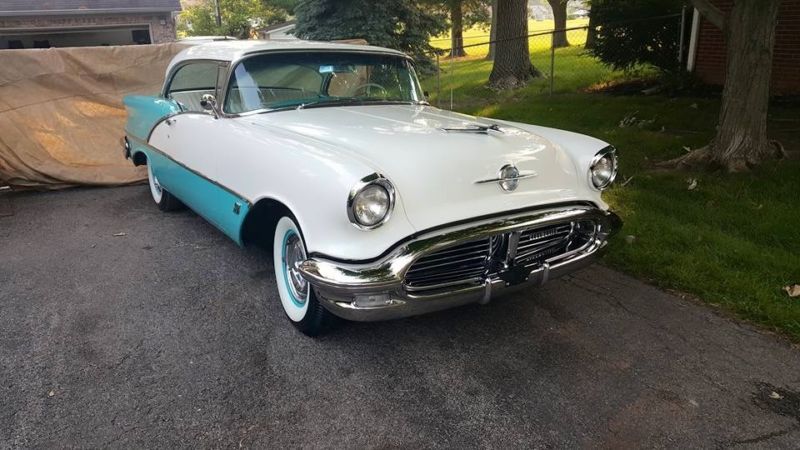 For 1956, styling highlights included a new split grille in front and revised taillights and deck along with
revised side chroming. Horsepower for the 324 Rocket V8 increased to 230 for 88s and 240 for Super 88s. A new
four-speed Jetaway Hydra-Matic was introduced this year to replace the original Hydra-Matic transmission that Olds
had used since 1940. The new Jetaway Hydra-Matic retained the four forward speeds and fluid coupling unit, but
added a new "Park" position to the shift quadrant and no longer required band adjustment as a specified routine
maintenance. Inside, an oval speedometer replaced the round unit and a new foot-operated parking brake replaced the
previous T-handle unit.