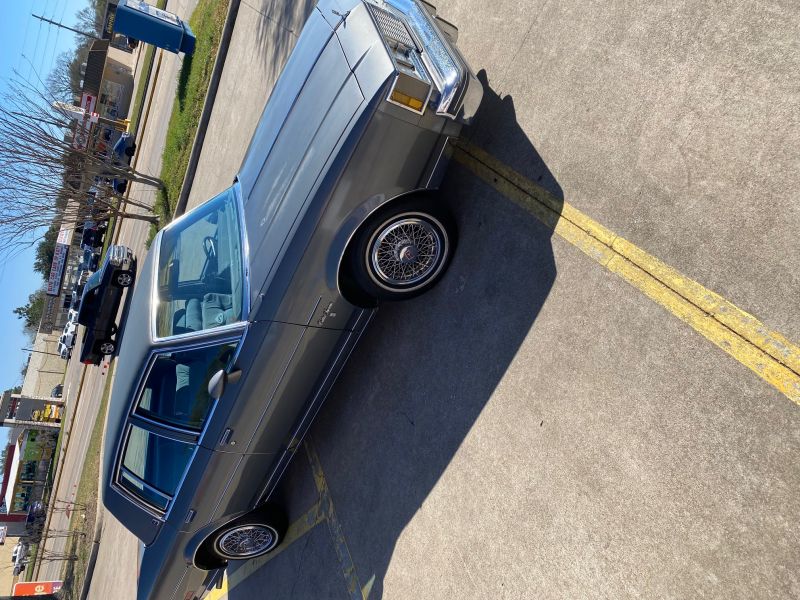 Check out this "brand new" 1984 Oldsmobile Cutlass
Supreme Brougham 4 door!!!
This Oldsmobile Cutlass has the 5.0 liter 307ci V-8 engine
and automatic transmission, cold air conditioning, power
steering, power disc brakes, power door locks, tilt wheel,
cruise control, delay wipers, factory Delco AM-FM-Cassette
Stereo with "Digital Display" and a padded blue vinyl top.
This car also has the factory 14x7 chrome Olds Cutlass rally
rims and center caps with a matching set of 205/70x14
Michellin all-season radial tires that are like brand new with
about 90% tread on them. This Olds Cutlass is like brand
new inside and out with the factory blue paint and painted
pin-stripe still shines like a new dime. This car just turned
55,228 miles and has always been garage kept under a "car
cover" and never drove in the winter months and drove very
little in the rain. This is a untouched and non molested car
that is like new. If vou missed the chance to own a new
Cutlass Supreme Now Is Your Chance.
832-317-6812