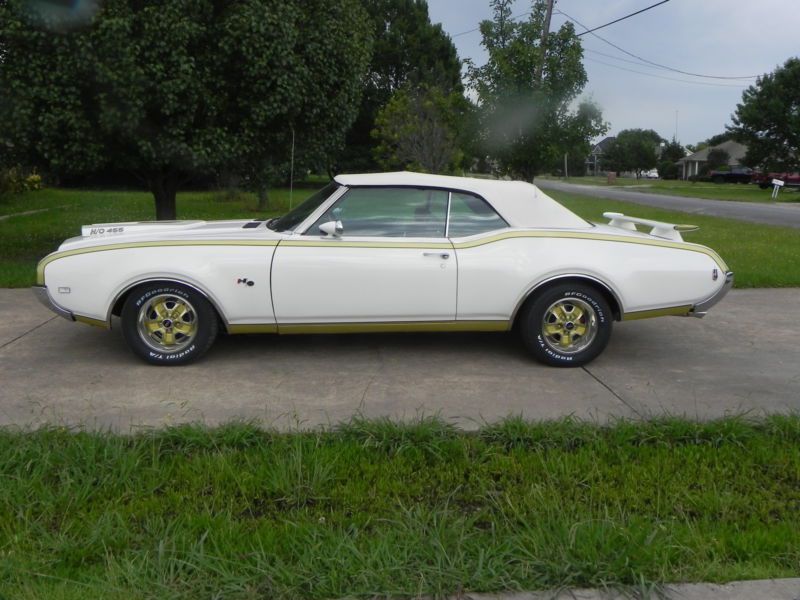 ANY QUESTIONS JUST EMAIL ME: hirokocheatom@netzero.net .

This is my 1969 cutlass S convertible restored into a Hurst Olds tribute. The car looks new. The car has a clean Texas title in my name.