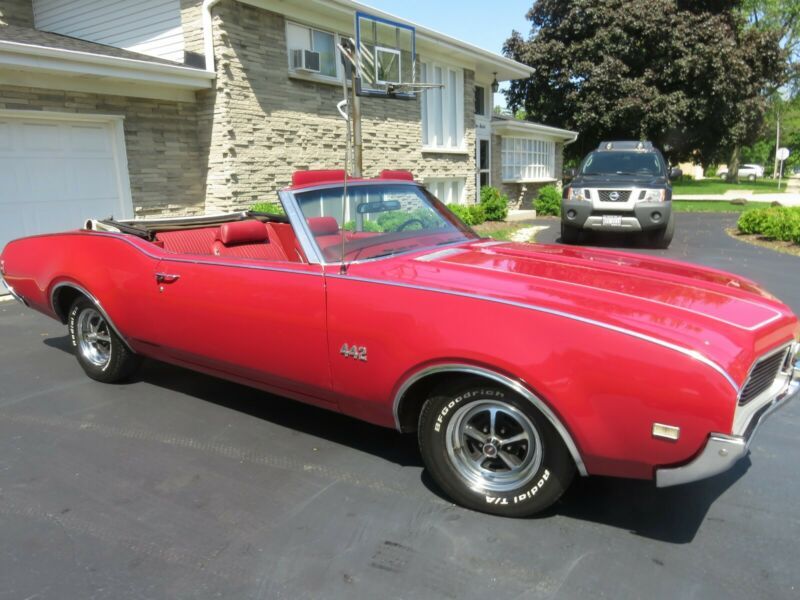 1969 Oldsmobile 442 convertible.Car has no bondo.The body is solid.floors,trunk,quarter pans,fenders,frame,solid.
color is maroon with a new maroon interior this is the original color of the car.

No squeaks or rattles or vibrations just the sound of a perfectly running big block.

My 442 has the original 400 325 plus hp under the hood.NUMBER MATCHING.The Engine was rebuilt from top to bottom
less then 1000 miles ago.3 speed automatic transmission.Power steering.power brakes front wheel disc.New
exhaust,sounds and runs great.