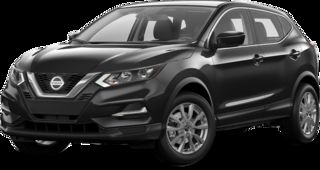 If you are looking for car dealerships in Danvers, MA, you are in the right place. North Shore Nissan covers all your auto needs, from new cars, car financing, service center, Nissan parts, Nissan pre-owned certified, to used cars in Danvers, MA.

Visit our showroom at 24A Commonwealth Ave, Danvers, MA 01923 or check out our website for many special offers on service, parts, and financing.

With all-wheel drive, launch control and a dual-clutch transmission, the Nissan GT-R may be easier to manage than most supercars. But that doesn't mean that dragging one on a wet strip is a good idea.
Filmed at the Unlimited 500+ drag race in Moscow, Russia, this video depicts a pair of GT-Rs going head to head. But things didn't go quite as planned when the driver of one lost control of her twin-turbo supercar. We'll let the video below speak for itself, but thankfully it appears no one was hurt - an outcome that seems particularly remarkable in light of the fact that it appears that the driver was not wearing a fire suit or helmet.