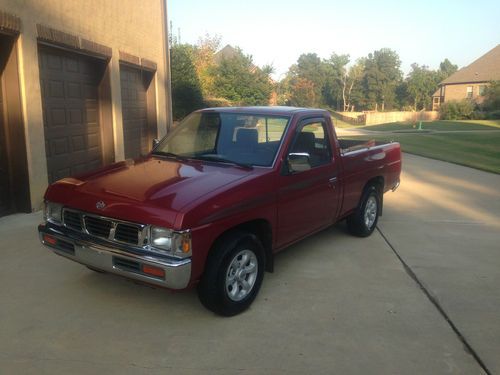 Condition: UsedA vehicle is considered used if it has been registered and issued a title. Used vehicles have had at least one previous owner. The condition of the exterior, interior and engine can vary depending on the vehicle's history. See the seller's listing for full details and description of any imperfections.Seller Notes:"1997 Nissan regular cab pickup79500 mi, 4cyl, 5spd, alloy wheels, a/c, CD player, sliding rear window, elderly driven, has some flaws in the paint,driver side turn indicator is cracked, but is a solid low mileage truck.KBB lists it for private party $7250Call or email, don't text me please. I will not answer my phone past 9:00pm.(205)514-9460"