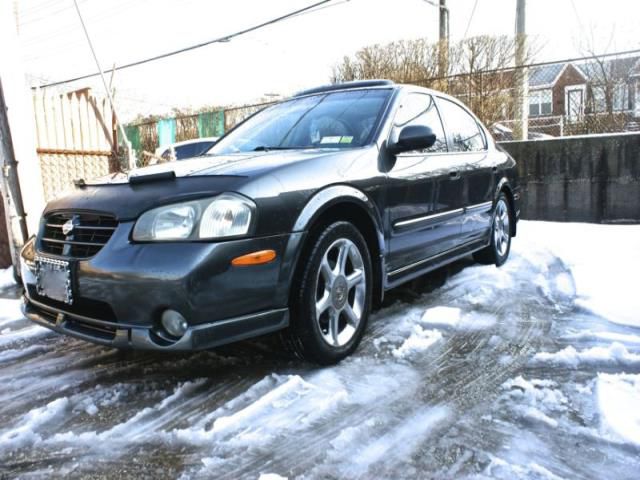 THIS IS A 2001 NISSAN MAXIMA,20th. ANNIVERSARY EDITION SE 5 SPEED MANUAL TRANS. VERY RARE & VERY HARD TO FIND IS ALSO FROM SMOKE FREE ENVIRONMENT, MANY NEW PARTS ARE INSTALLED ON THE VEHICLE ,NEW CLUTCH,NEW AXLE,NEW STARTER, NEW BATTERY,NEW COOLING FAN, THE VEHICLE IS VERY CLEAN IN AND OUT ORIGINAL FLOOR MATTS ARE INTACT THE SEATS ARE LIKE BRAND NEW EXCEPT THE DRIVER IS WORN A LITTLE BID AS YOU KNOW THE DRIVER USE THAT SEAT MORE THAN PASSENGERS EVERYBODY KNOWS THE DRIVER SEAT ALWAYS HAVE SOME CRACKS. CHECK OUT THE PEDALS NICE THIS PREDATOR STYLE PEDALS WAS INSTALL LAST YEAR ON THE CAR ,NO LEAK FROM THE ENGINE AND THE BOTTOM ALSO