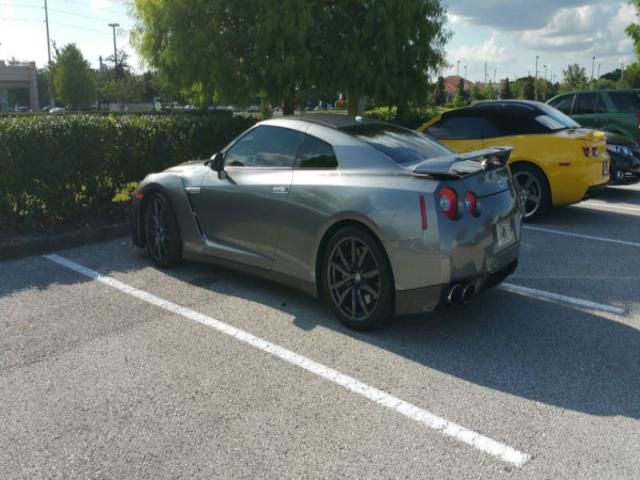 This 2011 Nissan gt-r is in excellent condition. The paint shows only normal road wear (8.5-9/10) and the car is accident free. It runs and drives great with the following modifications. The car is equipped with an AAM resonated mid pipe, 3 inch boost logic air intakes with K&N filters, and a cobb ap3-nis-005 tuner on stage 2 tune. The car pulls hard and will not disappoint in any way. Windows were done with carbon 3m tint at 20% allover with lifetime warranty. There are also brand new run flats on 2013 wheels just installed in the past hundred miles as well, so traction isn't an issue. The interior and electronics are all in good shape with the exception of the ac vents not rotating properly. This is an issue that I have not addressed, but they work fine other than they all blow straight out versus directional. NAV,AC, cruise and all other options work perfectly. The car had an oil change this week and is up to date with all fluids and service at Nissan. Brakes and rotors have approximately 30 percent life remaining, but unlike many sellers I am disclosing this as I have 100% feedback, both here and supraforums.com while selling nearly a dozen modified supras in the last 15 years. Bid with confidence that when you show up to drive it home, it will be exactly as described. It is for sale locally as well and I reserve the right to end the auction early at anytime. Feel free to call or text me (andy) with questions anytime at 813-951-5469. I am upgrading to a dba alpha 9 and can't keep both so lets make a deal.