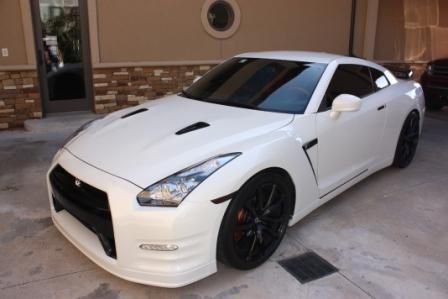 The car has had all of the gray body panels color matched to the factory white color. The accent pieces, roof spoiler and wing are gloss black. The wheels are also gloss black. The car has a $4500.00 AMS midpipe with a stainless meistershaft exhaust. It is the BEST sounding GTR I have ever heard. The car is adult owned and has not been abused. It has a very rare red factory interior and the car has been serviced and needs nothing. This is a very unique and awesome car.