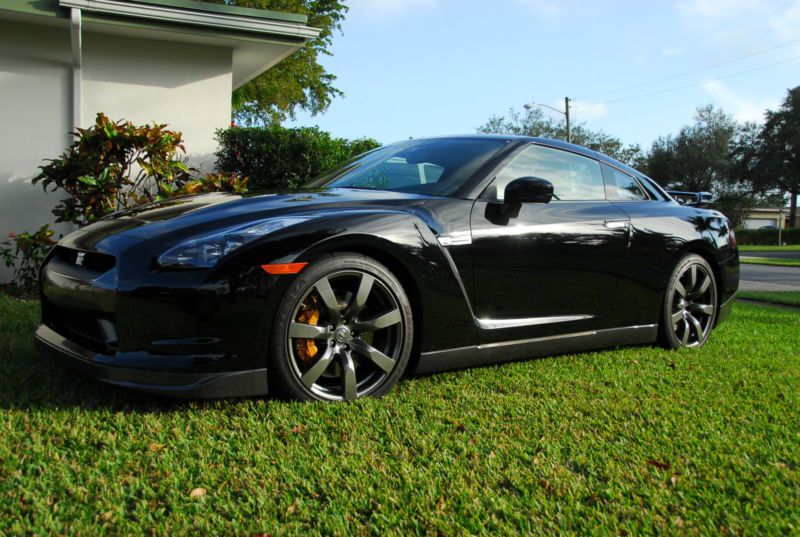 If you have any questions or would like to view the car in person please email me at: bao.boaz@zoho.com .

Single owner pristine example of a stock GTR. You can of course put aftermarket upgrades from a
clean slate, not somebody elses ragged out drag car. I very much wanted an early car when the GTR was first
announced. I was able to secure the 109th one ever imported to America as a new model car. My thoughts were that my
wife and I would have this car as an investment which meant that we'd have it for more than 20 years. That's why
you'll see we took special care of this car. I still believe it's a good investment, but our circumstance has
changed. This car has never been LAUNCHED. The launch control has
never been used since I have owned the car and I am the first owner.
This GTR is 6 years old and even as meticulous and anal retentive as I am, it's not showroom perfect. Someone had a
getaway cart at the grocery store and it hit the front bumper. It has a small scratch. The interior on this car is
easy to scuff. There are small areas around the window buttons that show a little bit of wear and there is a small
mark on the dash on the passenger side. I believe the paint overall to be in excellent condition. Heck, I had the
factory plastic on the floorboards until about 6 months ago when the dealer took them out without asking me. That
really made me mad. I have done the oil changes personally at my shop using OEM parts of course at 6k intervals.
This car has large flat aluminum sides and there are NO door dings. It actually still smells new as we've never
smoked or eaten in the car.