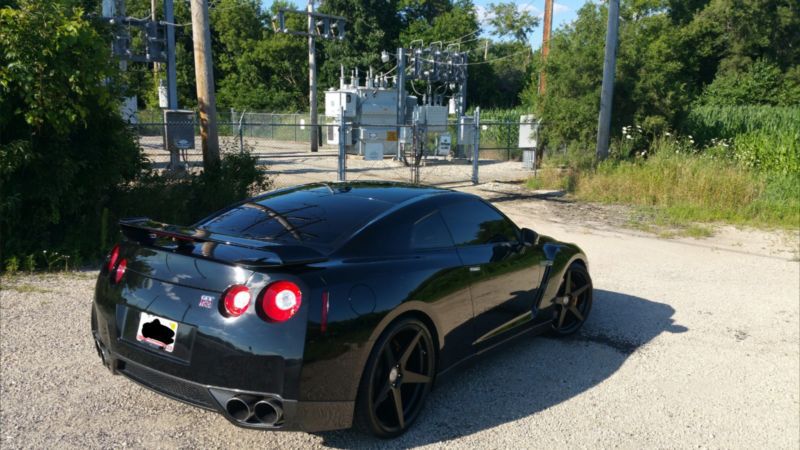 I'M SELLING MY 2009 NISSAN GTR WITH 70600 MILES THIS BABY IS WELL MAINTAINED AND SERVICED RECENT OIL CHANGE UNDER
SHEILD ALL FUILDS AND FILTERS CHANGED AT 69000 MILES AND WAS ALSO UNDER WARRANTY TILL 60000 MILES... I HAVE ALL THE
SERVICE RECORDS ALONG WITH A CLEAN AND CLEAR TITLE CAR FAX CERTIFIED EVERYTHING IS LISTED ON THERE NO ACCIDENTS!
THIS GTR IS LOADED WITH ALL THE OPTION PUSH START, NAVIGATION, REAR CAMERA ,BLUETOOTH, AUX ALONG WITH TV TUNER THAT
YOU CAN CONTROL WHILE DRIVING AND WATCH TV OR MOVIES, HEATED SEATS , POWER FOLDING MIRRORS, POWER EVERYTHING, SAT
RADIO IPOD HOOK UP, AND TON OF CAR OPTIONS THAT YOU CAN CONTROL.... PASSPORT 9500CI BUILT IN RADAR WITH FRONT AND
REAR LASER ALONG WITH JAMMER $2000 WITHOUT INSTALL! ALSO HAVE 22 STAGGERED CONCAVE WHEELS ONLY HAVE ABOUT 1500
MILES ON THEM WILL SELL FOR A EXTRA COST CAR COMES WITH STOCK 20 GTR WHEELS THE TIRES WOULD NEED TO BE REPLACED
SOON ON THE STOCK WHEELS HAVE ABOUT 40 PERCENT TREAD ON THEM OR LESS...