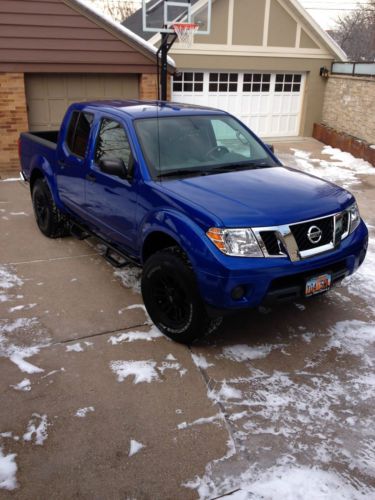 Following a small teaser, Nissan has unveiled its newest entry into the hotly contested European C-segment. Making new use of the Pulsar nameplate, it will attempt to take the fight to market stalwarts, like the Ford Focus, Volkswagen Golf and Vauxhall Astra.
The new five-door will be built on Nissan's modular CMF2 architecture, which also underpins the Euro-spec Qashqai and X-Trail (known in the US as the Rogue). It's a larger vehicle than one of its main challengers, the Golf, riding on a 106.3-inch wheelbase, which is 2.4 inches longer than the VW. It's also longer overall, at 172.6 inches.
The new Pulsar is a moderately powered little five-door, boasting an engine lineup familiar to anyone that knows the Qashqai. A 1.2-liter, turbocharged gas engine offers up 113 horsepower, while those that need a bit more oomph can wait for the late-availability, 187-hp, 1.6-liter turbo that American drivers will know from the Juke crossover. Diesel fans will be able to opt for a 1.5-liter mill that delivers 192 pound-feet of torque and 108 hp. No surprise here, but continuously variable transmissions are the order of the day.