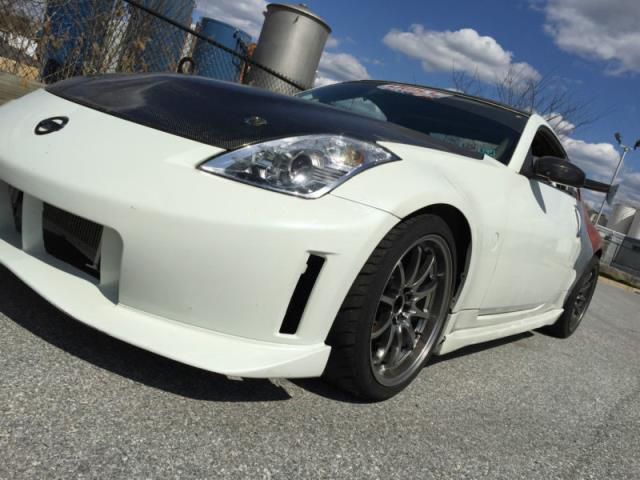 Up For Sale Is My 2008 Nissan 350z Pro . The Car Is Blistering Fast And Runs On E85 Ethanol. It Is Currently Tagged And Insured But Only Sees Less Than 50mi Per Year On The Street. The Entire Car Was Built By Import Intelligence Inc In West Chester, Pa With The Exception Of The Roll Cage And Rear Tube Framing.

If you blinked, you missed the opportunity to pick up the last iteration of the 370Z Nismo, because after just a touch over a year of availability, Nissan is replacing it with this updated 2015 model - the third 370-based iteration from the brand's in-house tuner. Consider this version to be the 370Z's swan song. An all-new version is expected soon with a downsized turbo mill (something in the vein of a 240Z would not be impossible). That reality aside, the latest 370Z Nismo is a compelling package. It looks like a million bucks, takes a corner with verve, and gets belated tech goodies. Here are our impressions from a drive we took last week near Nissan's US headquarters in Tennessee.
Driving Notes
The Recaro seats are wonderful (shocker!). In fact, the interior in general has a much more strapped-down feel about it. A run-of-the-mill 370Z feels pretty great, although it's not a place for the big-boned. As with past Nismos, upgrades include contrasting colors on the faux-suede seat inserts, the gauge hood, the ten and two positions on the steering wheel, and a red centering stripe on the wheel. The upgraded materials are all nicely chosen and the cabin is a very sexy place to live - weirdly practical, too, considering the huge cargo area. Checking the "Tech" model option box brings a 7.0-inch nav screen in place of the upward swinging door over a storage cubby, a much-needed backup camera, an impressively good Bose stereo, and de riguer Bluetooth connectivity with audio streaming. Everything seems to work as advertised.