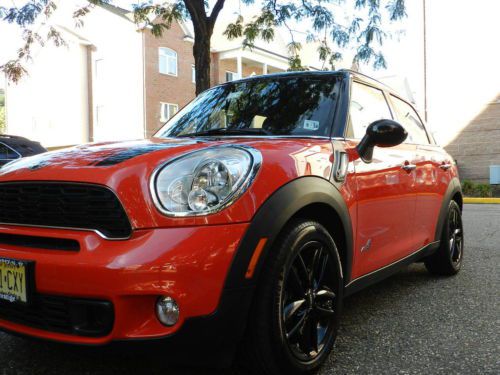 Mini is walking away from the rear bucket seats in its Countryman crossover. MotoringFile.com reports that starting in 2013, the CUV will no longer offer just two seats in the second row. Originally, Mini was forced to offer the buckets due to National Highway Traffic Safety Administration rules governing the the minimum vehicle width for the allowance of three-wide seating. That rule was recently changed, which allowed Mini to offer the bench seat. Not surprisingly, few buyers have opted for the awkward bucket-and-rail configuration since. Moving forward, all Countryman models will also come with the vehicle's flat-load rear floor as well.
During our time with our long-term Countryman, we found the middle rail between the two buckets to be a bit gimmicky, especially given the fact that the cup holders were only large enough to accommodate a 12-ounce can.