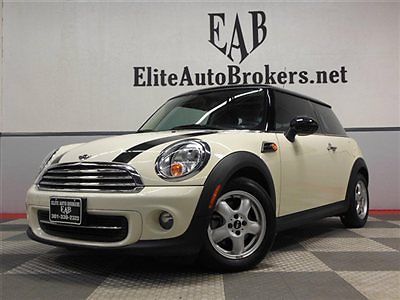 Mini JCW GP to be hatchback only, no 'Ring record attempt in sight

The 2013 Mini John Cooper Works GP is dropping weight and lowering its lap times, but one thing it won't be losing is its flat roof. Like the original JCW GP package, Evo says that despite the fact that sportier Mini Coupes have been caught testing, the new GP will only be offered in the three-door Cooper hatchback body style. And that's perfectly fine with us.
Evo spoke with GP development chief Jorg Weidinger who said that as a part of the car's history, "It was a hatch, it is a hatch and it should stay a hatch." Weidinger also said that Mini is not planning to set any Nürburgring records with the new JCW GP even though earlier reports indicate that the car is a full 20 seconds faster around the 'Ring than its 2006 predecessor.
The new Mini John Cooper Works GP weighs 121 pounds less than the John Cooper Works Hardtop, offers a fully adjustable coil-over suspension and it will have a starting price of $39,950, (including $700 for destination) when it goes on sale later this year.