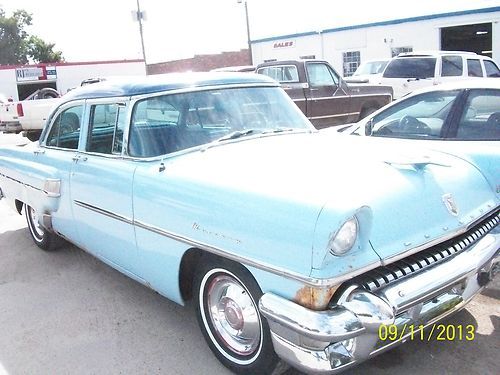 Condition: UsedA vehicle is considered used if it has been registered and issued a title. Used vehicles have had at least one previous owner. The condition of the exterior, interior and engine can vary depending on the vehicle's history. See the seller's listing for full details and description of any imperfections.Seller Notes:"1955 Mercury 4 door runs and drives"

I have for sale a 1955 Mercury Monterey. The car runs and drives it has new tires and a fresh overhauled 292 new cap, rotor, points, condenser, and new tires. I have a ticket for the repairs of 2209.31. The car does have a pin hole in the radiator and the fuel pump leaks. I have pictured the rust areas. Please call or text me with questions. Thanks