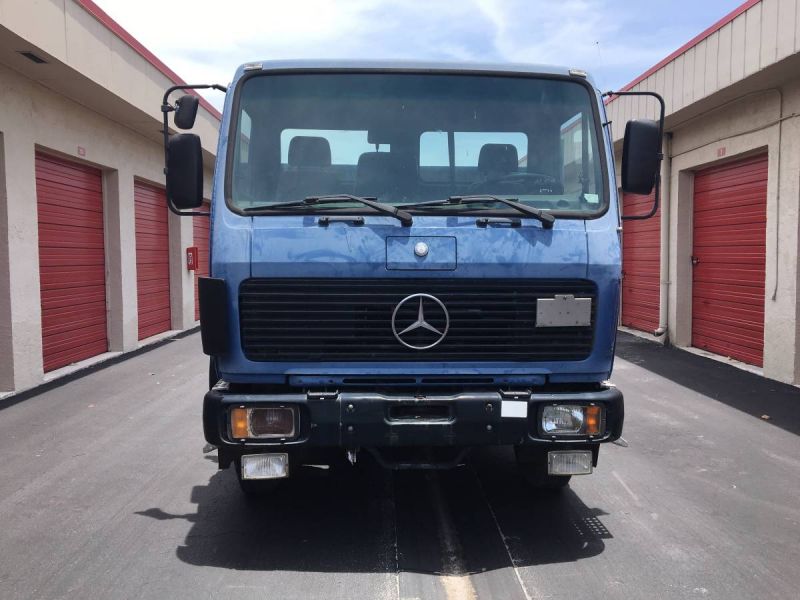 2001 by title... it was US military vehicle in Europe before it was imported to US by fence company I bought it from. It’s 6 speed stick shift, it does not have AC system at all by factory(could be retrofitted). Low miles on the clock, hydraulic cab lifting. It starts every time and drives well, all it needs is good bath and grease job! Everything works 100% operational truck!!! Plans changed in my case so I have to let it go, sadly.
2001 Mercedes 1622L S/A Flatbed Truck
Mileage 58,218 KM
VIN WDB61742815420197
Mercedes 6 Cylinder OM421.905 V6 Engine
Diesel Engine, 6 Speed Manual Transmission, 11R22.5 Tires, Heater, 17000 kg GVWR 40ft long. Title in hand. Located in Stuart, FL bottom price 20K