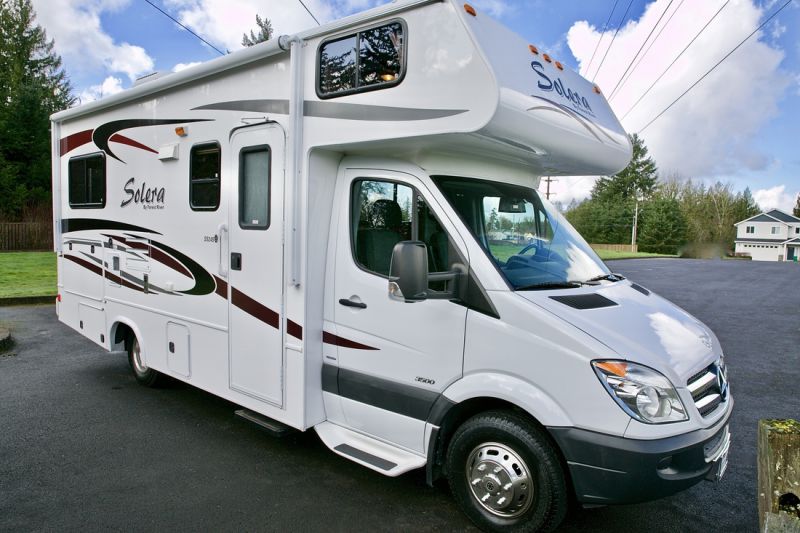 ONE OF THE BEST ECONOMICAL MOTORHOMES YOU CAN BUY!! It's On A 3500 1’Ton Dodge Sprinter Van Chassis! EST: FUEL PUMP. 16-MPG CITY & 20-MPG HIGHWAY (3.0 Liter DOHC 24-Valve V-6 Turbo Blue TEC Diesel)! 1 OWNER FOREST RIVER SOLERA, WITH ONLY 9,834 ORIGINAL MILES! With a Huge Living Room Slide Out! This Power Plant Boasts 188 Horsepower, Incredible Fuel Economy And Impressive Power From One Of The World’s Cleanest Diesel Engines And Mated To a 5-Speed Electronically Controlled Automatic Transmission! Well Let's Start Off By Saying It's Just The Right Size, Floor Plan & It's a Mercedes Benz Turbo Diesel. IF YOU ARE IN THE MARKET FOR A SPRINTER VAN/MERCEDES BENZ DIESEL MOTORHOME! SO DON’T MISS OUT ON THIS AWESOME FINE! If You Have Any More Questions Or Concerns Please Feel Free And Contact Me!