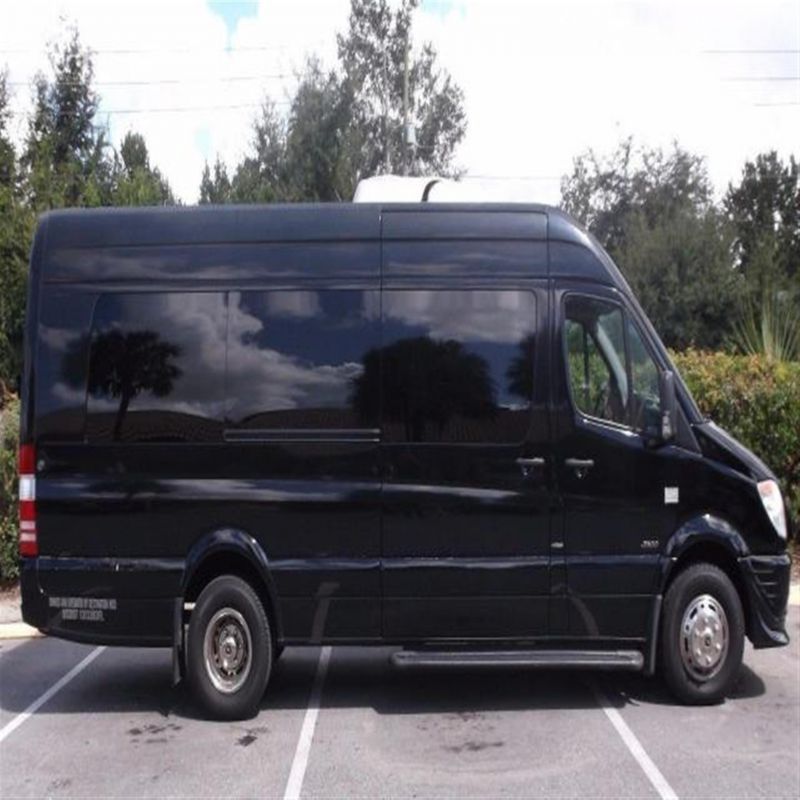 This is a one of a kind custom-built Mercedes Sprinter with seating capacity ofup to 17 passengers + driver and a separate luggage compartment. this is aunique seating configuration designed from the ground up to allow maximumseating capacity, in total luxury, while still having ample luggage space in theback. The seats and interior luggage racks were imported from Italy and offerplenty of leg room and extra storage space. the luggage racks come equipped withindividual reading lights. this vehicle was built on the heavy duty passengerversion of the 3500 chassis, which offers maximum weight allowance of its classwhile still providing a comfortable ride, which the passenger version offers vs.the cargo version. This vehicle was first put in service in Feb 2012 brand newbut was registered as 2011 since it was a 2011 left over. this vehicle wascustom-designed by and purchased directly from Prestige Mercedes in Manhattan.it has been in Florida ever since and has never seen snow or rough terrain. Allmaintenance was done at the dealership and all records are available. Mileage iscurrently at less than 87,000 miles, which is NOTHING for these proven dieselMercedes engines that are known to go beyond 500,000 miles. everything runssmooth. Vehicle looks great inside & out. Tires are almost new Michelins, withplenty of life still in them. this is a perfect vehicle for a tour company,church, hotel shuttle, or anyone in need of a vehicle with this kind of seatingcapacity without having to jump into the minibus category.
For more details eMail me : DebbiManderswpol@yahoo.com