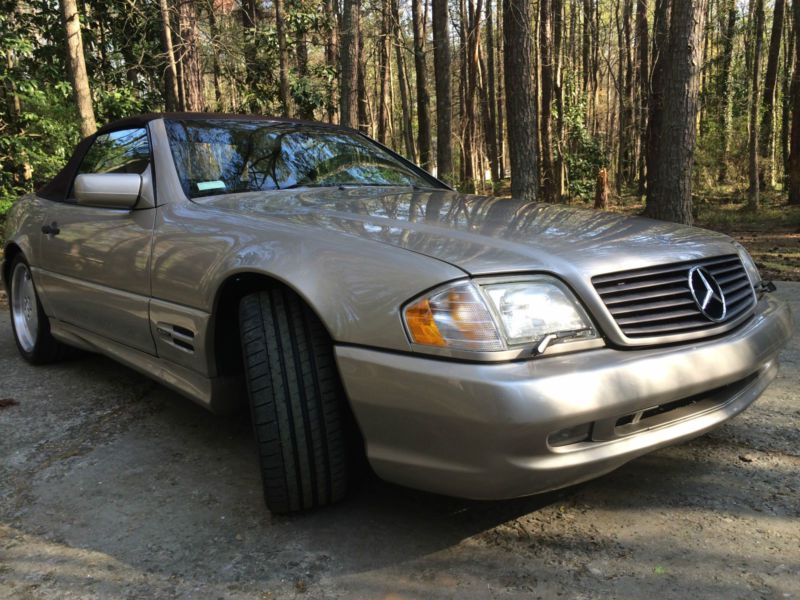 If you have more questions or want more details please email : londalbbergener@ukhot.com .

This is going to be the cleanest Sl500 with the lowest Miles you would ever find. The car has 28k original miles.
4New Michelin pilot super sport. I have all the maintenance record from day 1. Every thing has been stamped by
Mercedes also all of the fluid have been changed at 27k including transmission-brakes-hydraulic- convertible top
fluid and its a anti moisture fluid- The car comes with soft and hard top and the hard top is a glass top. This car
is a AMG package. 1onewr car with no accident. This car has never seen rain. It has always been garage kept. Every
thing works on this car. For more photos please send me a message, This is a rare car with low miles !!!