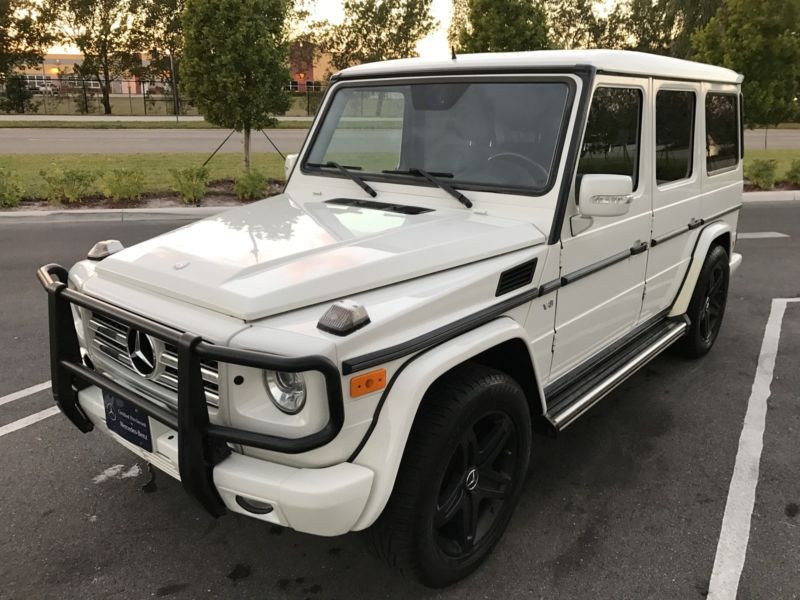 Top of the line Mercedes Benz G550 2010 White exterior with Black wheels and Black leather interior.Only 33286
miles.Excellent truck in great condition. Hood has been painted due to couple of stone chips.Otherwise no paint
work.Tires over 7/32 , 2 Master keys,Books,etc. Recent service and oil change. Title on hand.