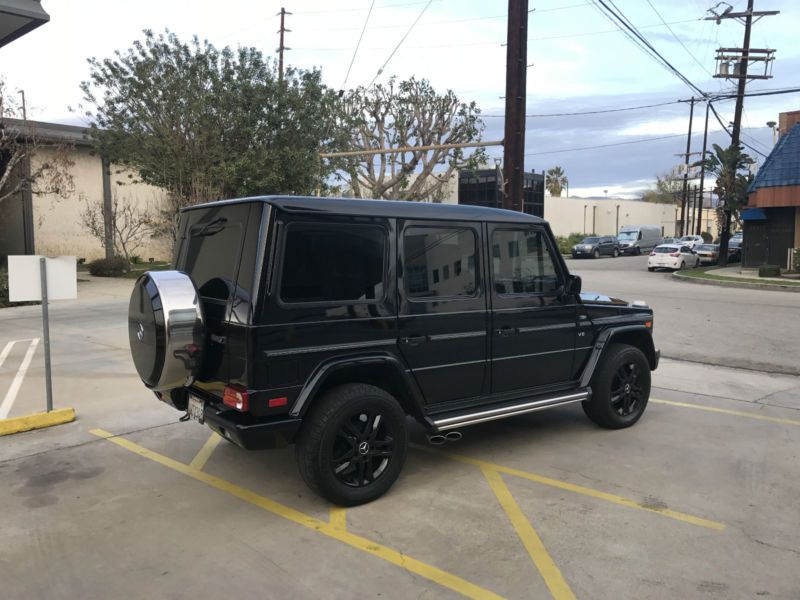 Please email me with any questions or requests for additional pics or something specific at: annaleeasselzer@ft6.com .

Absolute gorgeous ’02 G500 2 owners only. Perfect mechanically, everything works perfectly, and looks almost
perfect in top notch condition. Low miles
I bought it from the original owner in January of 2013 it was Bought Brand new at Beverly Hills Mercedes and stayed
in Beverly hills from new till now.
2 owners only
105,000 original miles
Clear California title, all books, tools, first aid kit, records since new available. Zero rust absolute dry car.
Dealer serviced at Beverly Hills Benz since new.
Black on Black everything works and looks gorgeous
No Dings or dents at all. No Major scratches either
The interior is also absolutely gorgeous no rips. No tears no scratches…
I recently spent over $10,000 on the car, All original parts, real AMG Muffler, New 2015 black powder coated
wheels, 2015 Black Grill, New 2015 LED side markers, New original Tail lights, new 3d spare tire emblem and
more…I have all the original wheels and parts and will be included in the sale