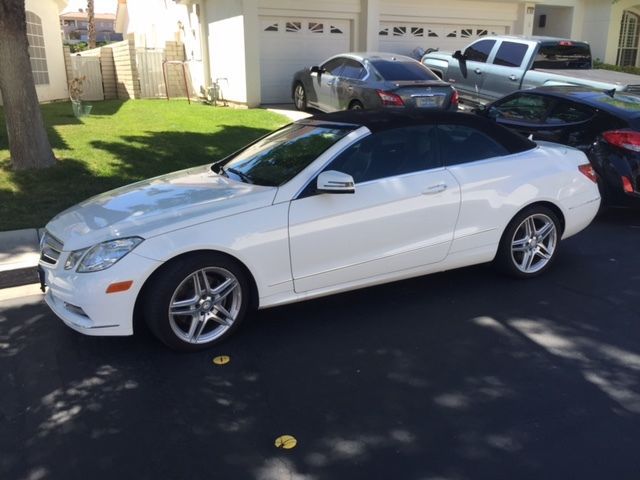 Please message me with questions at: wanettawjjarvinen@chocoholic.org .

2013 Mercedes e350 Convertible White on Black. Just turned 48000 miles and runs/looks perfect. It has a factory
warranty up to 50k miles. I just had in the Mercedes dealership where they did a full diagnostic inspection and
they couldn't find any issues that needed to be addressed. I have a clean title in hand and am a private seller.
Car is in Las Vegas and can be viewed here at any time. I have a carfax report available. Title in hand priced to
sell.