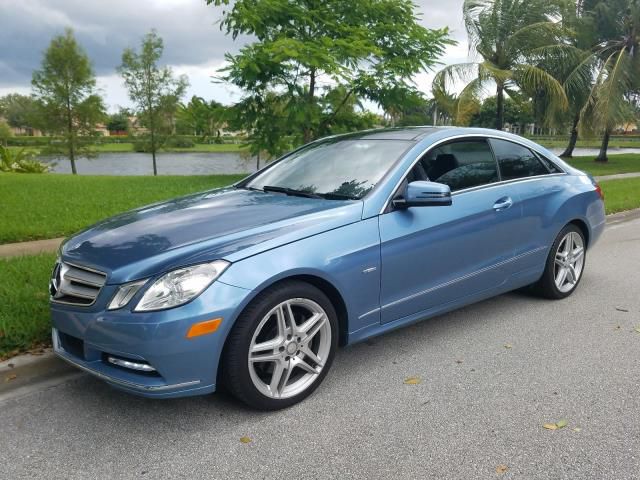 Mercedes-Benz E350 two door coupe in rare blue. Here is a well made high endluxury vehicle demonstrating true luxury along with various bells and whistlesto make owning a vehicle as such a true pleasure. The Blue Efficiency V6 engineis designed with performance while being conservative with fuel consumption.This E350 is a heavy vehicle for safety and yet handles extremely well. This ismy first E class and I must say that I am very pleased with the construction andthe quality of craftsmanship. The E is equipped with Harmon sound system whichis one of the best and above Bose. This E is equipped with the premium AMGaluminum alloy wheels. Note.. some of the wheels do have scuff marks on them.Note: The approximate mileage is 50,500 and may increase as the vehicle is stillbeing driven and enjoyed few times per week. This is an excellent well madeluxury performance vehicle that can be enjoyed for years to come. The tires are like new with littlestubs on it. It has just had an oil (Mobile1 Synthetic) and filter change so itis all set and ready to be driven.
For further questions email me : DeeannaKennadyefji@yahoo.com