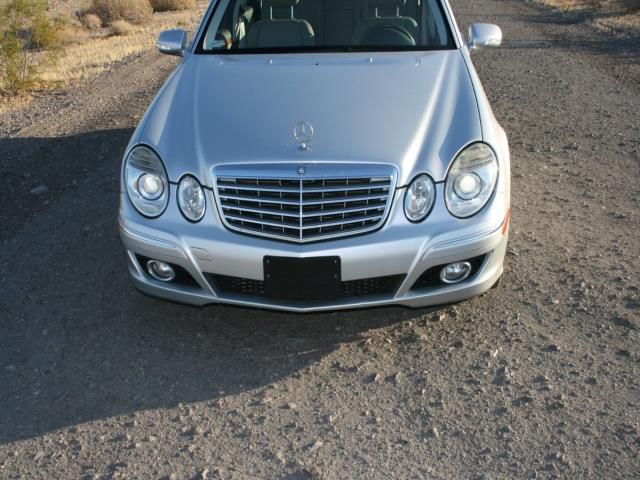 2007 Mercedes-Benz E320 BLUETEC Sedan 4D with 3.0L, V6, 82,900 Original MilesTurbo Diesel, Auto, 7-Spd Shift, RWD, ABS (4-Wheel), A/C, Alloy Wheels, AM/FMStereo, CD, Cruise Control, Daytime Running Lights, Dual Air Bags, Dual PowerSeats, Electronic Stability Control, Fog Lights, Harman Kardon Sound, HeatedSeats, Keyless Entry, Leather, Moon Roof, Navigation, Sensors, Power Door Locks,Power Steering, Power Windows, Sirius Satellite, Tilt and Telescoping Wheel,Traction Control. I am the second owner of this car, it is in perfect conditionneeds no engine or body work nothing. This particular model, the E320 BLUETEC,at about 80,000-100,000 miles requires at least two major repairs in order tokeep the car in good running condition. The first major repair is the swirlmotor a.k.a. also known as the intake manifold flapper motor, will go out andneeds to be replaced. The other thing nobody will tell you is that at about100,000 miles the oil cooler seals will begin to fail another major problem. Idecided to replace the swirl motor, and the oil cooler seals since the turbowill have to be removed and I figured I might as well go all the way. To sum itup I have replaced the swirl motor, the EGR valve motor, the oil cooler sealsand the dual air intake unit with the one Sensor as recommended by MB;additionally, the fuel and oil filters and lastly, an oil change was done.
Message me at : ChassidyAgnespkoo@yahoo.com