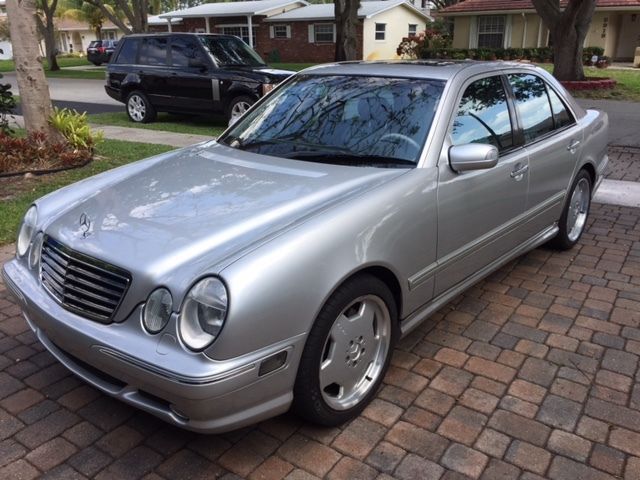 If you have any questions please email at: petrapbbrech@rugbyfans.net .

2000 Mercedes W210 E55 64K Miles Immaculate and Garaged
This is one of the finest examples in the country for sure. Exterior finished in near perfect original silver
showing only a few minor chips on hood. Factory blue hue tint and no film tint ever. Headlights are crystal clear.
Interior is like new and looks like it has 10K miles even the dash looks new and these typically show cracks.
Beautiful two-tone leather and updated state-of-the-art Kenwood HD stereo with Bluetooth streaming as well as phone
connectivity. Original stereo is included of course. Also still has the original Mercedes Star Tac phone in the
center console in working condition but not hooked to service. Mechanical condition is impeccable with recent
service and only Mobil One synthetic ever. Runs like new and any inspections are welcome. Tires are Michelin Pilot
Sport OEM spec. All features work as they should and collector owned so feel free to be picky. Although this car
has very low miles it appears to have much less.