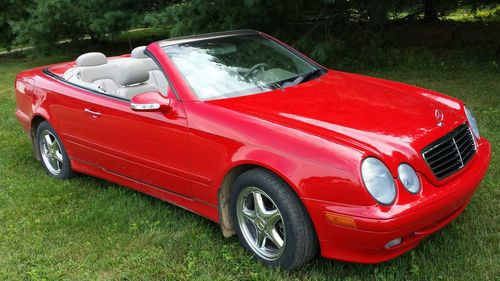 Condition: UsedA vehicle is considered used if it has been registered and issued a title. Used vehicles have had at least one previous owner. The condition of the exterior, interior and engine can vary depending on the vehicle's history. See the seller's listing for full details and description of any imperfections.Seller Notes:"Sexy red Mercedes drop-top in outstanding condition and ready to cruise! Dealer maintained according to manufacturer's schedule. Beautiful ride, blast to drive. A real head turner! Has an honest-to-God useablebackseat, but drives like a two-seater. We've loved it...and it shows. Just serviced and ready to roll! We'rethe second owner (20,000 miles when we bought it). Only 72,000 now."