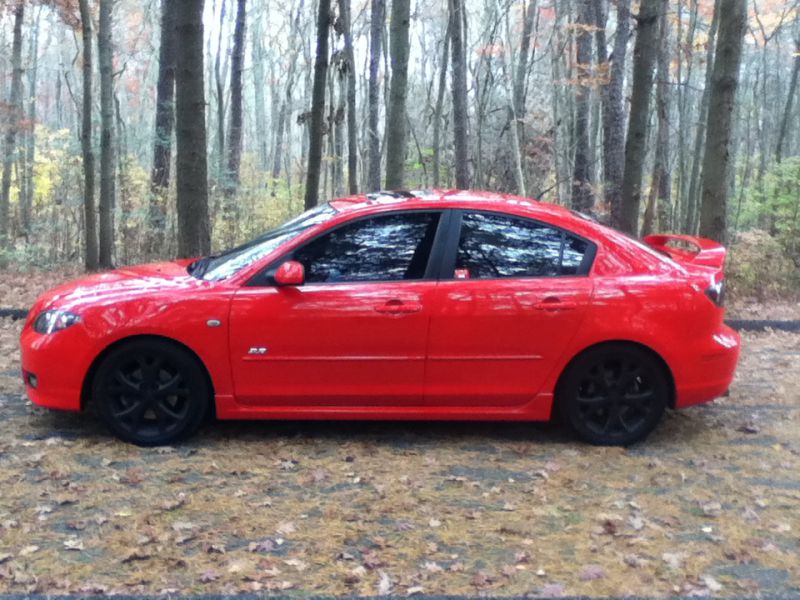 You will fall in love once you see this car! Only 49xxx miles! She runs, sounds, and feels amazing. 2007 Mazda 3s gt in rare true red color. Car looks stunning and always recieves compliments. Has a performance exhaust and upgraded rims which look and sounds very nice. Clean title and has had mobile 1 full synthetic oil changes every 4000 miles. Very clean interior. Has a very stylish interior that looks and feels great. Has gps, aux, power sunroof, tinted windows, and new tires. Its an automatic with a shifting mode for alot more fun. This is no boring automatic! I have yet to see the same car as mine on the road so you know this one stands out unlike mustangs which are very common. It's also fuel efficient and reliable. Needs nothing! Call or text 631-514-9866 or email me at jameshinkson17@gmail.com, thanks for looking!