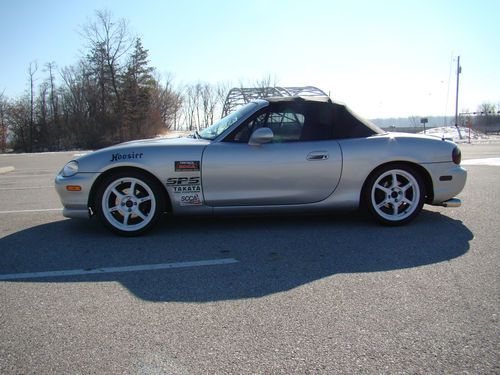 The car does have a few dings and scratches but nothing serious. The car has never been in an accident. There is also a tear in the drivers seat.
*The Miata DOES NOT have a catalytic converter*
The car DOES have a brand new convertible top with rear glass and defroster also the slave cylinder and clutch master cylinder were just changed as well.
* I am selling the car locally and have the right to end the auction at any time*