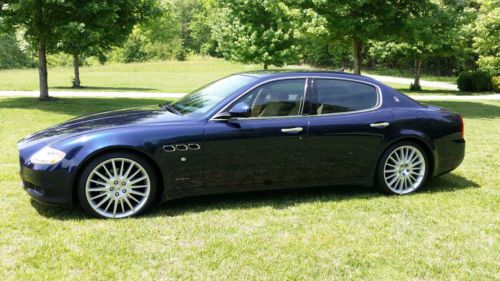 Each year, retailer Neiman Marcus releases a Christmas catalog detailing some truly absurd gifts. Chief among them is a Neiman Marcus edition car. Usually from a luxury or exotic manufacturer, the Neiman Marcus models are a limited edition and generally sell out very quickly. Past participants have included the Aston Martin Vanquish Volante, McLaren MP4-12C Spider, Ferrari FF and, the most plebian car in recent memory, the Chevrolet Camaro Convertible. For this year's catalog, the Maserati Ghibli is up for purchase.
Not only will it make a great Christmas gift for the ultra wealthy, but this $95,000 Maser also pays tribute to the Italian automaker's 100th anniversary. Based on the top-of-the-line S Q4 model, this Ghibli adds a few unique features, including bespoke 20-inch wheels with centennial center caps and a black border for the grille.
The cabin features premium leather in Cuoiu, which is basically tan. Black contrast stitching can be found throughout the cabin and on the Tridents stitched into the headrests, while bespoke piano black trim rounds out the interior. Finally, the center console bears a badge denoting the Ghibli's unique edition number.