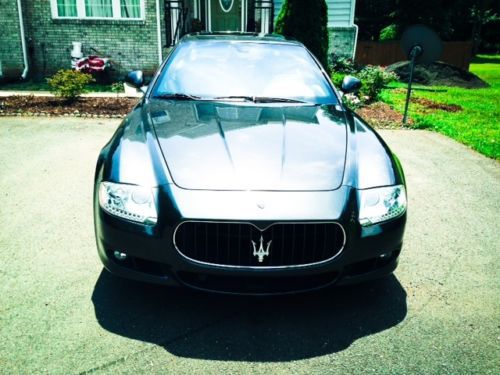 While Porsche may be relatively new to the four-door game, Maserati has been building the Quattroporte with few interruptions since 1963. But like its rival from Stuttgart, the Trident marque is rapidly shifting from a sports car company primarily to a manufacturer of high-end family transportation. Not only does it have the new Quattroporte on the market, but now it's got the Ghibli sedan as well and the Levante crossover on its way.
It's a gambit that's reaping huge benefits not only for Maserati itself but also for its newly merged parent company Fiat Chrysler Automobiles, which is finding the mass market less lucrative than it once was and is positioning both Maserati and Alfa Romeo against other luxury marques like BMW, Audi and Porsche. As a result, Maserati is considerably expanding its production.
Last month, Maserati sold over 3,000 cars, putting it on track to double its sales from 2013. But it's not about to stop there. With growing demand for its authentically Italian luxury sedans, Maserati is shifting more workers to its assembly plant in the Turinese suburn of Grugliasco (where the QP and Ghibli are made) and shortening vacation time to ramp production up from 750 cars per week to 900.