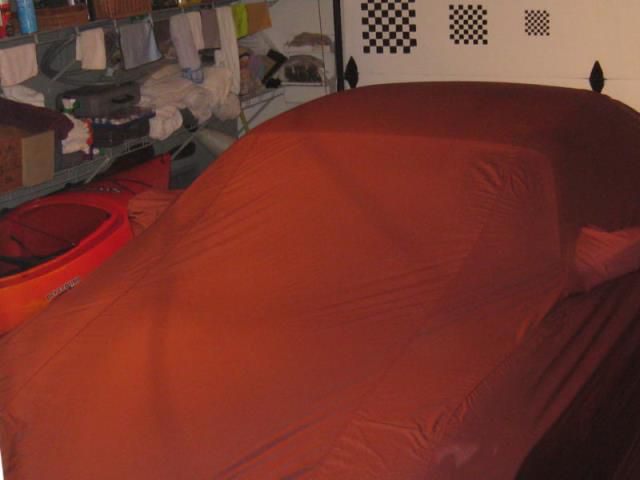 When Chrysler was developing the current Jeep Cherokee, matte black, lifted Alfa Romeo Giuliettas weren't an unusual site around the company's Auburn Hills, MI headquarters. That's because the Jeep rides on a modified version of the Alfa's platform.
Judging by these images, Maserati is following a similar path for the upcoming Levante. The presence of the modified and lifted Ghibli basically confirms that the company will look in-house for the new CUV's platform rather than outsource it to Jeep (otherwise, we'd be seeing modified Grand Cherokees running about).
The mule's Ghibli body has been fitted with a number of tweaks. Most notable are the higher roof and stretched wheel arches, which we're guessing are an attempt at increasing the sedan's center of gravity and width, respectively, in a bid to match the eventual production model.

Last year when Maserati revealed a plan to sell 50,000 units globally by 2015, it seemed like a pretty steep goal for an automaker that had sold just 6,300 units for the entire year. It turns out that goal may be a little on the conservative side. Through September, Automotive News Europe says the Italian automaker has already racked up 22,500 orders mainly on the backs of the redesigned Quattroporte and the all-new Ghibli, and there are still more new products in the pipeline.
Back in August, we heard that demand in China was playing a strong role in Maserati's big numbers in 2013, and this doesn't even include the upcoming Levante SUV, which Maserati CEO Harald Wester expects to add as many as 25,000 units to the mix when it goes on sale in 2015. According to the ANE report, the Quattroporte is still the most popular model with almost 10,000 orders so far this year, while the smaller and more affordable Ghibli is performing quite well with almost 8,000 orders; the aging, but soon-to-be-replaced, GranTurismo models have about 5,000 orders.