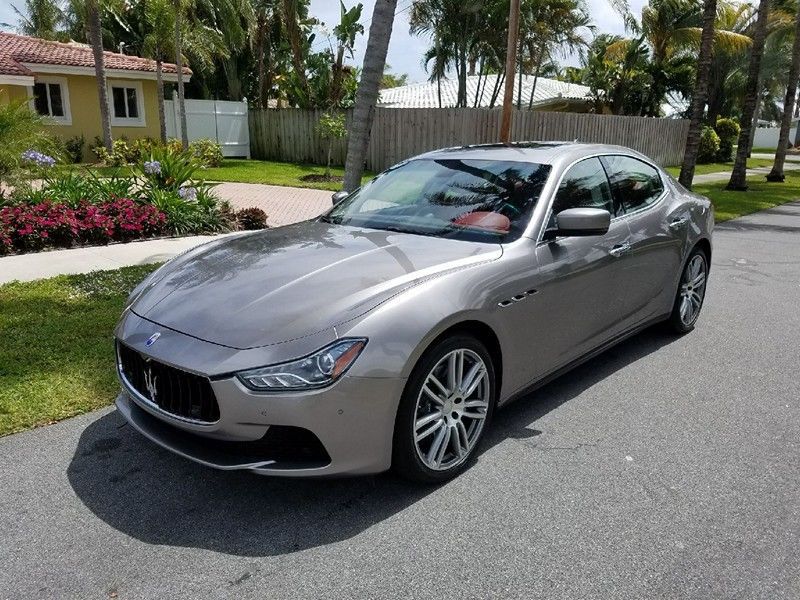 For more details email me at: charlenecllavanchy@ukspecialists.com .

Alfieri headed for production based on strong Maserati sales

Maserati has been on a heck of a product surge recently. After years of subsiding on versions of the previous Quattroporte and the aging GranTurismo, the Modense automaker rolled out the new Quattroporte the year before last, the Ghibli last year, it will introduce the Levante crossover next year and - according to the latest intel - will begin production of the Alfieri sports car the year after that.
The Alfieri concept debuted just last month at the Geneva Motor Show, taking the form of a two-door sports car foreshadowing the brand's new design language. Reception was positive, but it appears that sales of Maserati's existing models is what's giving the Alfieri the green light.
According to Automotive News, citing an interview given by Maserati chief Harald Wester on Bloomberg Television, the brand has been getting 3,500 orders per month, putting it on track to sell 42,000 units this year - nearly three times as much as the 15,400 it sold in 2013. The profits generated off those orders could be enough by themselves to offset the losses which Fiat is expected to record this year based on flagging sales for the Fiat, Alfa Romeo and Jeep brands in Europe.

Stirling Moss-crashed 1956 Maserati 450S to be auctioned in Monaco

RM Auctions has some very special and expensive Italian sportscars of the 50s and 60s consigned for its auction in Monaco on May 10, but the one that currently carries the highest estimated value at between 4 and 5.5 million euros ($5.5 - $7.5 million) is a 1956 Maserati 450S with some very interesting provenance.
The Maserati started its life as a six-cylinder 350S that Stirling Moss drove in the 1956 Mille Miglia race. Unfortunately, the brakes failed, and it crashed into a tree and nearly into a ravine. Moss and his co-driver weren't injured, but the car was kaputt.
Maserati repaired it and used the chassis as a test mule for its new 5.7-liter V8 racecar called the 450S. It featured an extended wheelbase to fit the larger engine and a new body with a single seat. The racer hit the track again at the hands of Moss and Juan Manuel Fangio in the 1957 Buenos Aires 1000 KM but retired with transmission issues. Later that season, it crashed again at the 1957 Mille Miglia at the hands of driver Jean Behra. After that, the car sat around the workshop until it was sold without an engine in 1965.

Hear the Maserati Alfieri clear its throat at Villa d'Este

We know that Maserati will eventually bring a version of its Alfieri Concept to the road, as a next-generation production model slated to arrive in 2016. Shown at the Concours d'Elegance at Villa d'Este, the Alfieri wowed spectators with its throaty singing voice, releasing a few barks and a very racy idle note. Sadly, we know it won't sound exactly like this when it goes on sale.
See, Maserati is adopting a V6-only plan with the Alfieri, so the 4.7-liter V8 shown in the concept and adopted from the GranTurismo, isn't going to make be available in the production model. That's not to say the production car will sound bad - we've every reason to believe it won't - but that this isn't an accurate representation of what the 2016 Alfieri will sound like.
Take a listen and a look at the video down below, then hop into Comments and let us know what you think.