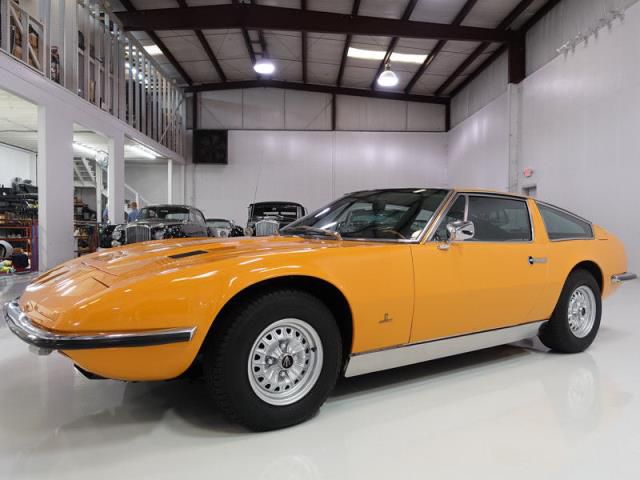 Maserati is on a roll. The new Ghibli and Quattroporte have been huge successes, and it unveiled the gorgeous Alfieri concept (pictured above) at the 2014 Geneva Motor Show. The next step for the brand is getting the Levante crossover into production.
"We are getting Mirafiori ready for production [of the Levante]. The first bodies are expected for 2015," said Fiat CEO Sergio Marchionne to Reuters in Geneva. He also said that there isn't much keeping the Alfieri off the streets. "The platforms and motors are there. Technically, production could start in 24-28 months," he said. However, Marchionne refused to say whether the company would actually give the concept a green light to be built.
Fiat hopes to be profitable again by 2016, and while its acquisition of Chrysler is certainly going to help, rejuvenating Alfa Romeo and Maserati are also a major part of the plan. In 2013, the Italian luxury brand saw sales more than double to 15,400 vehicles. Maser is still far away from its goal of selling 50,000 units by 2015, but it's quite a start. Fiat bought Maserati in 1993, but business went through a decade or more of doldrums and falling sales. It appears that the century-old brand is finally finding a path forward with some gorgeous new cars.

Maserati won't be showcasing any all-new products at the Los Angeles Auto Show this year, but that doesn't mean it doesn't have anything to celebrate. It is, after all, the marque's centenary this year, and in 2014 has achieved the best sales it's ever racked up in the US market.
The most noteworthy Trident model to be displayed in LA next week will be the revised Quattroporte, the S Q4 and GTS trims of which are treated to some enhancements for the 2015 model year. The top-spec Quattroporte GTS in particular "benefits from a sportier and aggressive appearance," highlighted by color-matched lower bodywork, an updated emblem, red accents on the wheels and upgraded equipment inside, including red leather upholstery, contrast stitching, piano black trim and integrated wifi.
For 2015, the smaller Ghibli sedan also gets standard navigation and Bluetooth connectivity, as well as a new finish for the brake calipers. Maserati will also showcase the GranTurismo MC Centennial Editions, as well as the Alfieri concept originally unveiled at the Geneva Motor Show (new images of which we've included below). Finally, the Petersen Automotive Museum is also collaborating with the Italian automaker to display an array of historic Maseratis in the West Hall lobby of the Los Angeles Convention Center.

This year marks Maserati's hundredth anniversary, which means we'll be spending the rest of 2014 talking about all the company's planned celebrations. The Alfieri Concept, shown at the 2014 Geneva Motor Show, though, is quite possibly the most noteworthy part of the brand's centennial.
Named after one of the company's founder, Alfieri Maserati, the coupe is a striking piece of design, although it did manage to fall short of earning a spot on our editors' choice list for the Geneva show (we blame this more on the number of exciting products at the show rather than any shortcoming of the showcar).
In this video, Maserati Centro Stile designers take us through the process of penning the Alfieri, from the car it was inspired by, on to the actual process of designing the car. Fans of automotive design won't want to miss this video. Take a look below.