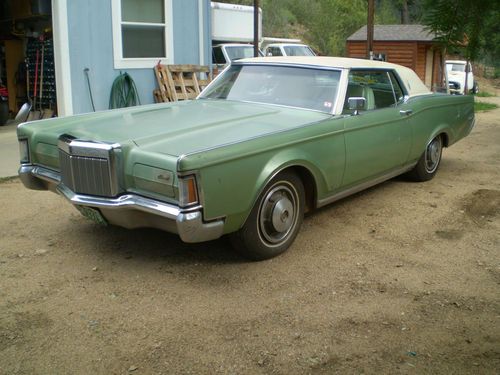 Condition: UsedA vehicle is considered used if it has been registered and issued a title. Used vehicles have had at least one previous owner. The condition of the exterior, interior and engine can vary depending on the vehicle's history. See the seller's listing for full details and description of any imperfections.Seller Notes:"Water pump and air pump seized. Will need brake work pedal is very soft and goes to the floor. Needs lock for glove box and key for trunk."

Fresh from storage since 1981. does run and move. This is a Colorado car and has very solid body - no rust. dash is in beautiful condition. seats carpet etc  in very good shape. does have dings dents and scratches.