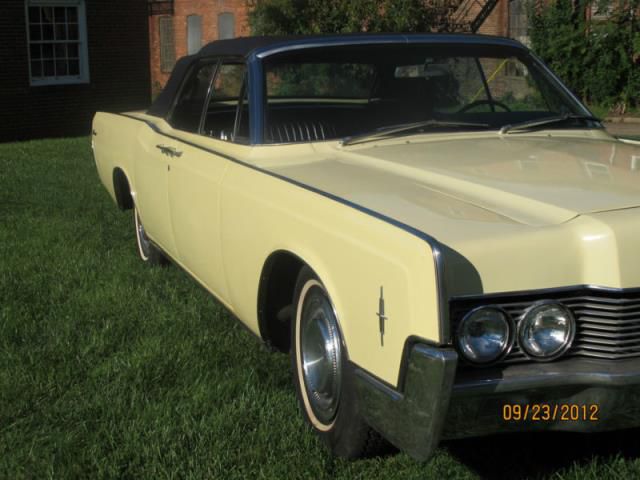 The car is yellow with a black convertible top and interior. The interior is original and in great shape, no cracks for cuts in the leather. It’s equipped with one of GM’s most reliable engines, 462 cu in with 4-barrel carburetor that has only 89,000 miles on it. Some of the options on this car are:Factory air conditioning;50/50 split front bench seat; Power windows that all work; and Power convertible top with real glass rear window that works!