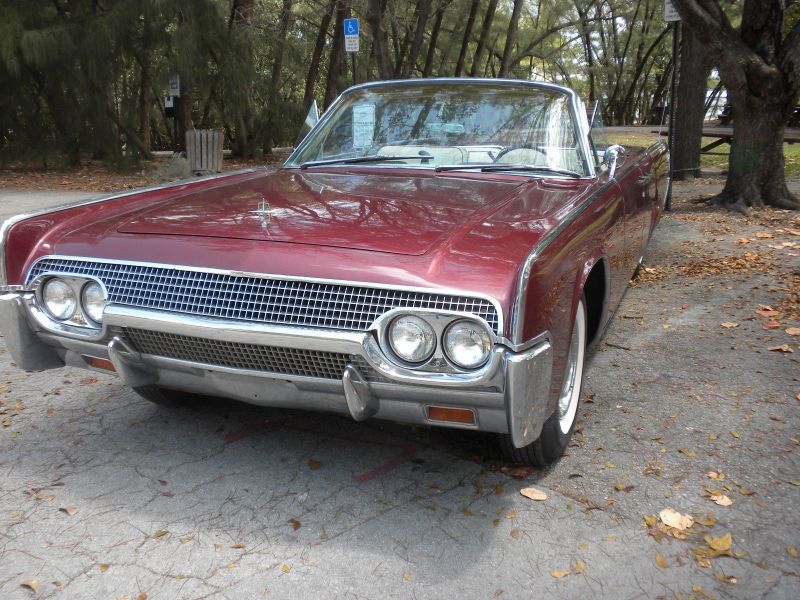 Message me at : dinapfahrionmanfred@web.de 1961 Lincoln Continental Convertible With 54000 Believed Actual Miles. BurgundyMetallic Over White Interior And White Convertible Top. 430 V8 And . Highly Optioned With Factory Air Conditioning , Tinted Glass,Power Windows, Power Door Locks, Power Seat, Twilight Sentinel, Power Steering,Power Brakes And Power Top. Fully Sorted Convertible Top That Works As ItShould. Rebuilt Power Steering Box And Complete New Brake System. This Is A VeryLow Actual Mile Car Still Riding On Its Second Set Of Bias Ply Wide White WallTires Which Are Fine For Local Driving But Need To Be Replaced For Cross CountryDriving. 100% Southern Rust Free Arrow Straight Body And Chassis. BeautifullOlder Paint That Shines Well . The Interior Is Older But Has No Rips And TearsAnd Is Very Presentable. The Car Starts Easily And Runs Quietly With No EngineNoises. The Transmission Shifts Very Nicely As It Should. The Steering Is NiceAnd Tight But Would Bennifit From A Set Of New Radial Tires . The Power BrakesWork As They Should And The Car Stops Well. The A/c Sustem Is All There AndHooked Up But Not Currently Working. This Is A Fantastic Drivers Quality CarThat Can Be Driven Anywhere. The Car Is Located In Hollywood Florida And IsAvailable For Inspection Anytime. 10% Deposit Is Due Within 24 Hours Of TheAuctions Close And Full Payment Within 3 Days Of The Auctions Close. The CarWill Not Be Released Until All Funds Clear My Bank. I Have Done My Best ToDescribe This Car So Ask Any Questions You Need Before Buying . The Car Is BeingSold As Is And Shown.