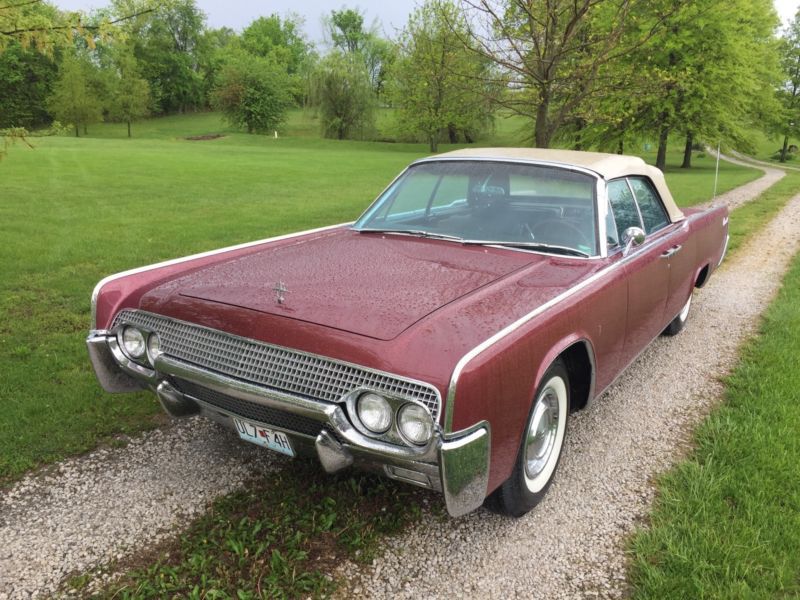 New top pump and hoses in 2015. New complete stainless steel exhaust in
2015. No rust, floor pans, trunk rockers are solid original. Every system on this car works including the clock.
The AC blows cold and does not need to be recharged every year. Rear windows open about 5 inches as designed when
the rear door is opened. I did replace the 61 heater cores with cores from a 62 model which are less prone to
leak. Floor vents work, all lights and safety features work. Generator replaced with alternator kit from baker's
auto. Proper 3 port Carter fuel pump but also added an electric fuel pump with switch under dash to prime the
carburetor when car has been sitting for a period of time. Proper 2-1/2 inch wide whitewall tires. Radial tires
in 235/75/14 are available from Coker tire if you wish to convert and keep the same wheels and proper 61 wheel
covers. Receipts since 1996.