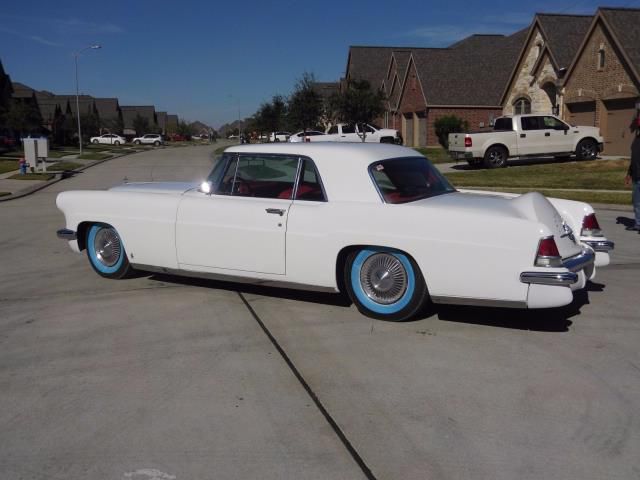 eMail me for more details : di7azcookerich@mail-on.us 1956 Lincoln Mark Ii With 76100 Miles. Original Motor Has Been Rebuilt, PowerSteering Pump Rebuilt, Twin Electric Fans, 3 Row Radiator And Transmission Rebuilt. Fresh White Paint Done By Apollo Paint New Red Interior With White Accents, Chrome Bumpers Have Been Replated. Ac Blows Ice Cold In 100 Degree Houston Heat. Drive Window Is Cracked And Has Been Since Owning The Car, Doesn't Affect The Windows Going Up And Down. Since It Is Flat Glass For Easy Replacement Or You Can Get One From The Lincoln Man. WantedTo Preserve Original Steering Wheel So The Wood Is Cracked On There As Well.Interior Chrome Was Not Replated So It Could Use Some Polishing. No Rust Underneath The Car But Could Either Use New Undercoating Or Por15 To ContinueIt's Preservation.. I Have No Problems Shipping Over Seas If Needed And Can Work With Any International Buyer.