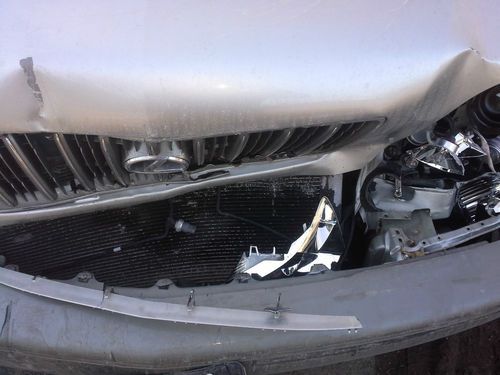 This 2001 Lexus rx 300 has front end damage. I'm not a mechanic but it seems like the hood and possibly the radiator sustained damage. The fenders look good This vehicle starts right up and was a loved and well taken care of. There is no rust. The transmission shifts smoothly. Only synthetic oil.  Fairly new tires, new brakes,  and the 135,000 mile service done. There were no problems with vehicle before accident.  If you have any question feel free to contact me.